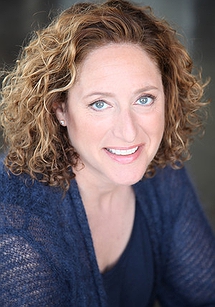 You can find her on most episodes of 'truTV's:World's Dumbest,'many episodes of 'The View,' 'The Nightly Show with Larry Wilmore,' 'Today with Katie Lee and Hoda' and 'The Wendy Williams Show.' She's appeared on The Food Network's 'Chopped All-Stars' as a competitor (don't ask), 'Rachel vs Guy: Celebrity Cook-Off' and 'The Next Food Network Star' as well as TLC's 'The Next Great Baker.'

She hosts a free, weekly podcast, 'Kill Me Now' that focuses on everything that annoys her and her guests & can be heard regularly on several other podcasts and radio programs including 'Opie & Anthony,' 'Keith and the Girl', 'WTF with Marc Maron', 'NPR's The Moth,' 'I Hate My Wife,' and more.

Gold's stand-up specials include 'Comedy Central Presents: Judy Gold', Comedy Central's 'Tough Crowd Stands Up,' and Judy's own HBO half-hour special for which she received 'The Cable Ace Award.' She's appeared on 'The Late, Late Show with Craig Ferguson,' 'The Tonight Show with Jay Leno,' 'The Conan O'Brien Show,' and in a half-hour comedy special for LOGO.

Along with stepping in as host for 'The Wendy Williams Show,' 'Anderson Cooper' and 'The View.' She's also hosted Comedy Central's '100 Greatest Stand-Ups of All Time,' 'NickMom Night Out,' 'The GLAAD Media Awards' on VH1 and HBO's 'At the Multiplex with Judy Gold,' which ran for nearly a decade. You can also see her in films, This is Where I Leave You,The Aristocrats and the documentaries Making Trouble, I am Comic and HBO;s All Aboard! You can also catch her in NYC hosting the Funny People Series at the 92Y.

In addition to her 2 plays, stand-up shows and at least a couple bar mitzvahs, Judy's opinions, interviews, blogs and articles have contributed to several notable publications including The Huffington Post, New York Times, The Wall Street Journal, Wondertime Magazine, Momlogic and The Advocate.

Gold lives in New York City with her two children and fiancée. She frequently tours theaters and comedy clubs around the country with her stand-up and solo-shows.

Her CD, Judith's Roommate Had a Baby, is available on Amazon.com, as well as the printed version of 25 Questions for a Jewish Mother.