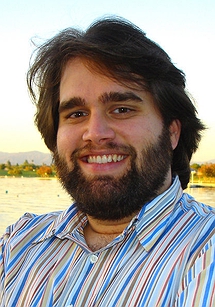 His work has also garnered numerous accolades, including making Variety's 2013 Comedy Impact List and a 2007 MTV Movie Award for "Best Spoof" for his viral video "United 300.".

Signore then focused his attention to online content, After releasing several of his own successful videos through his comedy brand SecretSauceTV, he signed up as Director of Digital Content with The Collective (now Collective Digital Studios) - a Beverly Hills distribution company and talent management firm - where he developed, wrote and shot promotional and original video opportunities with their wide roster of talent including Kevin Nealon, Eddie Izzard, Garry Shandling and many more.

Signore was then invited by Disney's Internet Media Group, to become a lead producer of the Original Content Development team for Disney.com, working closely with various Disney departments including Consumer Products, Legal, and Marketing.

In 2009, Signore moved to Break Media - one of the premiere leaders in online content and distribution. There he created, wrote and directed numerous hit series for the company including the massively popular series / brand: "Honest Trailers". As well as "The ScreenJunkies Show", "Speakeasy with Paul F Tompkins" and the extremely successful "Man At Arms".

In October 2013, Break Media merged with Alloy Digital to become Defy Media, where Signore works as the VP of Original Programming.

Throughout his years as a content maker and online strategist, Signore has consulted and worked with everyone from A-list film talent including Seth Rogen & Evan Goldberg's "Point Grey Pictures". To top tier YouTube talent such as "The Annoying Orange," where he wrote one of the series' most viewed installments, "Lady Pasta", and the widely popular "Fred", where he helped ease its star's digital transition from successful YouTuber to Nickelodeon TV star.