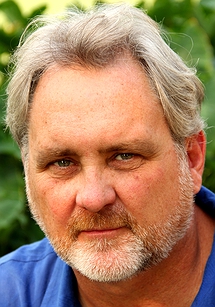 Holden went on to work with Gere on his next film, "Mile's from Home" shot in Iowa in 1987.

After a personal referral by Richard Gere to Director Taylor Hackford, Holden returned to Louisiana and was hired as personal bodyguard and driver for Dennis Quaid, for Hackford's 1988 film, "Everybody's All-American."

After wrapping the film Beau relocated to Los Angeles and began working full time with Quaid as his personal assistant and driver on 30 film and television projects from 1987 to 2008.

In 1991 Beau joined the Screen Actor's Guild (SAG-AFTRA) after Stunt Co-coordinator Chris Howell cast him for a utility stunt in the feature film, "Wilder Napalm."

Holden's first speaking role came in 1995's, "Something to Talk About" as "Frank", with Beau uttering only one word, ("HI") to Julia Roberts.

Beau was personally cast by Director Steven Soderbergh in "Traffic" as "Cal Trans - D.E.A. Agent" and received a Screen Actor's Guild Award Plaque for being a member of the Best Ensemble Cast. (7th annual S.A.G. Awards 2000)

His biggest role to date was as "Ted Gassner" the low-level fence tortured in the garage scene by Johnny Tran with more than a mouth-full of Motor Oil in, "The Fast and the Furious", directed by Rob Cohen.

He continued with supporting roles in various feature films and television projects, most notably HBO's, "Dinner With Friend's", directed by Norman Jewison.

He has also appeared as a utility stunt performer in several films and was the stunt driver in the Jaguar "Snow Plow", Super Bowl commercial in 2002.

In 2008 Holden began working with various Actors, Directors and Producers as personal security and driver, most notably, Nicolas Cage on eight of his films.