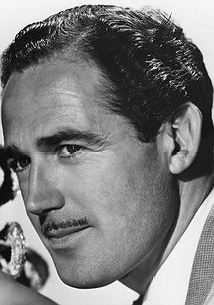 گالری ویدئوی Patric Knowles (0 ویدئو)
اضافه کردن ویدئو
آثار شاخص Patric Knowles
The Wolf Man
ماجراهای رابین هود
The Charge of the Light Brigade
Band of Angels
From the Earth to the Moon
دره ی من چه سرسبز بود
سوابق کاری Patric Knowles
اضافه کردن اثر به سوابق Patric Knowles
بازیگر (19 اثر)
پنهان شدن
4
Chisum
رای شما:
0/10
(1970)
3.8
راه غرب
رای شما:
0/10
(1967)
3.5
Auntie Mame
رای شما:
0/10
(1958)
7
From the Earth to the Moon
رای شما:
0/10
(1958)
5.5
Band of Angels
رای شما:
0/10
(1957)
0
Three Came Home
رای شما:
0/10
(1950)
3.3
The Big Steal
رای شما:
0/10
(1949)
6
Ivy
رای شما:
0/10
(1947)
3
Frankenstein Meets the Wolf Man
رای شما:
0/10
(1943)
0
Hit the Ice
رای شما:
0/10
(1943)
0
Who Done It?
رای شما:
0/10
(1942)
5
The Wolf Man (سریال تلویزیونی)
رای شما:
0/10
(1941)
4.6
دره ی من چه سرسبز بود
رای شما:
0/10
(1941)
7
Another Thin Man
رای شما:
0/10
(1939)
5
Five Came Back
رای شما:
0/10
(1939)
0
Four's a Crowd
رای شما:
0/10
(1938)
5.6
ماجراهای رابین هود
رای شما:
0/10
(1938)
3.5
It's Love I'm After
رای شما:
0/10
(1937)
5.7
The Charge of the Light Brigade
رای شما:
0/10
(1936)
مشخصات Patric Knowles
مهارت‌ها
پنهان شدن
مهارت‌های فرعی: رانندگی
بیوگرافی / زندگی‌نامه Patric Knowles
Fourteen-year-old Reginald Lawrence Knowles was being readied to take his place with other relatives in the family bookbinding business (in Leeds) when he ran off to become an actor. He was inevitably brought back home, but he made good his second escape a few years later - his willful Knowles Irish origin would not be denied. What stage experience he had amounted to a few seasons in regional theater, but he started in British sound films early (1932), calling himself Patric Knowles. He was the proverbial tall, dark and handsome type and headed for romantic lead roles. He rose slowly rose up the ranks of featured players in an array of 14 British films that included one of director Michael Powell's early successes, The Girl in the Crowd (1935). The last of his British efforts was Crown v. Stevens (1936) which, being a British Warner Bros. production, was scouted for the studio's Hollywood home base. This and a few previous films that year were lead vehicles for Knowles, and for this last he was recommended for a Hollywood contract. His first American effort was the big-screen soap opera Sweet Aloes (1936) with notable Warner players, in which he played a noble cad. His chance for a more romantic introduction came later in the year with The Charge of the Light Brigade (1936), where he joined an already popular new Angle face, Errol Flynn. Knowles played his younger brother in this well received bit of revisionist historical drama.Through the remainder of the 1930s Knowles had a few leads with second-tier featured stars, but more often he was second lead as strait-laced but engaging in comedies as well as dramas. There were other films with Flynn, most notably the classic The Adventures of Robin Hood (1938) in which he played Will Scarlett (in bright red jerkin). Knowles was a licensed private pilot and during free time provided some white-knuckle moments for Flynn, whose on-screen derring-do cloaked several phobias including vertigo. Knowles preferred freelancing to the confinement of long contract associations--one means of dodging the pitfall of being typecast. He was at RKO to play - with great verve - the shallow and rich playboy on the ill-fated plane of Five Came Back (1939). At Twentieth Century-Fox he played - very effectively - one of the big brothers of the Morgan family in the classic How Green Was My Valley (1941). Of course, freelancing could also lead to typecasting. Knowles parked himself at Universal in 1943, condemned to play clean-up hero in its formula horror films, such as The Wolf Man (1941) and the less engaging Frankenstein Meets the Wolf Man (1943). He also had to endure straight man duty to the insipid antics of Bud Abbott and Lou Costello, among other indignities suffered as a utility player at Universal.He continued through the 1940s to 1951 with a mix of capable first and second lead roles with other studios, but that somewhat bored and deepening grimness on his face perhaps reflected frustration with typecast characters, as well as the realization that big fame would never come his way. He continued to be game, though, and fairly leaped at the new live playhouse theater phenomenon of early television. Along with one or two movies a year, he worked in this pioneering small screen theater starting in 1951. He also embraced episodic TV and made the rounds of the popular western and private eye shows of the period. Big- and small-screen work gradually tapered off for him through the 1960s. In the late part of the decade he was playing dignified military officers, such as Lord Mountbatten in the hit The Devil's Brigade (1968). He spent time doing college lecturing, commercials, and wrote a novel called "Even Steven." Retiring to the north end of the San Fernando Valley in Woodland Hills, Knowles was close to the Motion Picture Country Home in Calabasas, where he spent much time volunteering to help with the various functions provided for the many elderly show business people, many of whom had not been as fortunate as Knowles to have graced nearly 125 film efforts.
حواشی Patric Knowles (0 حاشیه)
اضافه کردن حاشیه