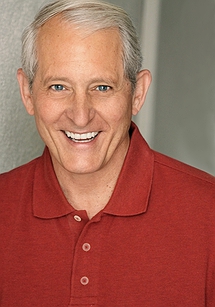 He made his acting debut when he was 14 years old, along with his future wife, in a Baton Rouge High School production of Beggar on Horseback.

Upon graduation from LSU with a degree in Finance, he volunteered for military service and enjoyed a successful 30 year career in the US Army. Serving throughout the United States and overseas, he held a variety of command and staff assignments at all levels of the Army, retiring in the grade of Colonel.

While still in the Army, Clyde made his first national television and radio commercials for Total Petroleum, thus beginning his professional acting career.

Moving to Los Angeles in 2000, Clyde was cast in the film S1mOne, playing a Catholic Cardinal opposite Al Pacino. In 2002, he became nationally known as the chatty Texan in a popular Budweiser spot highlighted on the Super Bowl. Directed by Allen Coulter, this spot won a Clio, three AICP awards and an Emmy nomination. Popular and endearing, Clyde's character was brought back the following year for another Super Bowl spot for Budweiser, this time featuring Tim McGraw.

Clyde continues to play a wide array of characters in movies, television and commercials. He has most recently appeared opposite Eddie Izzard on The Riches and opposite Neil Patrick Harris and Jason Segel on How I Met Your Mother. A true raconteur, he is prized for roles in which his down to earth personality can bring an upbeat spark to a project.