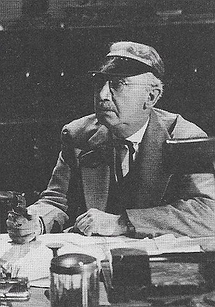 A natural farceur with immaculate attire and trademark toothbrush moustache, he turned up in an assortment of roles ranging from timid clerks to dignified hotel managers, jewellers, headwaiters, judges and pathologists. In addition, he had a nice sideline in crooked defense attorneys, drunks and conmen, his expressive features equally adept at conveying befuddlement, querulousness or exasperation. The congenial Keane remained gainfully employed until his retirement in 1958. He was married to the New York-born actress Claire Whitney.