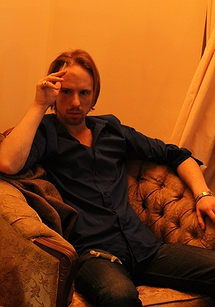 Attila's love for performance is influenced from the past by his fairly well known uncle Tomas Békéssy, whom made a name for himself in European Cabaret nightclubs; as well as his mother has a background in ballet, and with his younger sister having had a brief acting career in her teens.(on a personal note, Attila reflects on performance as sanctuary)

The family moved to Canada in 1989 living in a suburb of Vancouver, Maple Ridge/Pitt Meadows. The acting bug bit Attila in elementary beginning with "The Sound Of Music"; this love followed him onto high school at Pitt Meadows Secondary, where he graduated in 2004. During high school he spent most of his time in the studio; being he had five hours of studio classes and one of English. As he performed during school, he began to expand outside of school from a suggestion to audition for theater groups. He began with a Hungarian theater company performing in three shows - he is now a member of six theater companies.

Attila became interested in film during a class in high school; which lead to him to creating his own short films with friends from class. He eventually began landing roles in independent films; but took a break to travel and teach in New Brunswick and Alberta; he taught high school and elementary drama. Then returning to Vancouver in 2005 he got right back to acting and began once again producing his own short films; and then by the summer of 2006 he had produced, directed, and starred in his first (good) feature "Cold Side Of The Pillow"; also starring Jennifer Huva, Kevin Richardson, Juniper, Denis Simpson, Todd Oberg, Diane Siemens, Hamish Cameron, and Tanis Parenteau. "Cold Side of The Pillow" is in post-production. Since then he has produced three other features including a local film "FYT" by a first time director Magali Gauthier.

Attila Kállai's career spans nearly 20 years; landing roles in dramas with Woody Allen's "Shadows and Fog", "Man of La Mancha", "A Hobby Of Sorts" and even classic tragedies as "Romeo and Juliet", "Macbeth", and "King Lear". Attila eventually moved on to film and television, working on such productions as "The Colt", "Past The Skin", "Like Mike 2", "Ribbon", "Fragile"- to name a few.

For this year he is working on a short film in dedication to his uncle's life and career, a web-series for the fall, and a three features in pre-production;"Motel", "Bathroom Confessions", and "A Few Feet Only" (directed by Magali Gauthier).