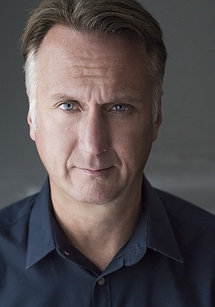 Hanner also developed a love for music, taking piano lessons, playing drums in the school band and studying voice for many years, eventually earning a spot in the esteemed choral ensemble at the North Carolina Governor's School in 1985. Having eschewed the stage for the basketball court throughout high school, he rediscovered his love for performing while attending the University of North Carolina in Chapel Hill. He threw himself in to theater headlong, studying with amazing professors Paul Ferguson and Randall Hill in UNC's Performance Studies department, eventually receiving his Bachelor's degree.

Following graduation, Hanner moved to Wilmington, North Carolina, in lieu of his original desired destination, Los Angeles. Wilmington proved to be a fantastic training ground for a young actor and Hanner found many like-minded friends among the town's theater community, landing roles such as Chicklet in "Psycho Beach Party," The King of Siam in "The King and I," Guildenstern in "Rosencratz and Guildenstern Are Dead," and dozens more. He became a founding member of The Comically Impaired, an improv comedy troupe that became a Wilmington stage staple.

He also began working in the region's burgeoning film industry, landing his first film role in "Forrest Gump." Originally cast as one of the teens that chase Forrest down in a pickup truck in the infamous "Run, Forrest, run!" scene, Hanner's part was cut after only one day on the set. However, two weeks later he was called back to take a one-line part as a military recruit and spent four days shooting with Robert Zemeckis and Tom Hanks in Beaufort, South Carolina. Though his line was cut from the final version of the film, Hanner was captivated by the machinations of the film set and knew that he would always be involved in show business.

After four years and dozens of film, television and commercials jobs, Hanner struck out for New York City, studying with filmmaker Deborah Kampmeier at Michael Howard studios and performing in off Broadway productions as well as with improv comedy troupe Post No Bills. His time in New York was very productive and inspirational but living in an expensive shoebox soon lost its luster and Hanner returned to North Carolina where he assumed the role of Music, Movies and Sports Editor for triangle.citysearch.com. Shortly after, he returned to Wilmington to be near the ocean and save on the gas money he was constantly burning up to satisfy his passion for surfing.

Back in Wilmington, Hanner continued to act in theatrical and film productions, most notably portraying country music legend Hank Williams in the play, "Hank Williams: Lost Highway." He also returned to music, teaching himself the ukulele and forming Da Howlies Hawaiian band. He added bass guitar, and banjo to his repertoire and, along with Da Howlies' bassist Seth Moody, formed The NoSeRidErS, a retro instrumental surf music act.

With nearly 20 years in the entertainment industry, Hanner has written, produced, directed and starred in hundreds of commercials for his former employer, Advanced Metal Roofing and continues to pursue show business with the same passion that Shakespeare lit within him decades ago.